Vincenzo Manno was born in Augusta (SR) on 17.06.1901. Growing up in a musical family with his father Sigismondo, composer and orchestra conductor, and his uncles Gaetano e Vincenzo respectively First trumpet in “Maggio Musicale Fiorentino” orchestra and teacher of orchestra conducting at the Conservatory Giuseppe Verdi in Milan.

He completed his musical studies at the Conservatory Vincenzo Bellini in Palermo where he obtained, in 1925, the license of piano and, in July 1926, the license of composition under the direction of maestro Savasta.

In1925 he graduated from higher license violin at Conservatory Giuseppe Verdi in Milan under the direction of maestro Franco Tufari.

His concert violinist career begins very early. As young man he played chamber and symphonic music as a soloist and as part of orchestral groups.

Between 1936 and 1937 , for the first time, he conducted the Symphonic Orchestra of the RAI (EIAR), where he performs his compositions “La Sagra” and “Rapsodia Siciliana”, along with music by Wolf-Ferrari, Sibelius, Pick Mangiagalli, Ravel and Debussy.

At the same time he was part, as a violinist, of Sanremo Municipal Orchestra under the direction of maestro Antonino Votto, and was member of the Quartetto d’archi of EIAR.

Thereafter he devoted himself mainly to the composition and orchestra conducting lending his work for over 15 years to RAI (Italian Radiotelevision), initially as violinist and then as conductor of the Synphony Orchestras of Turin, Venice and Rome.

Resigning in 1950, he continued with the Synphony orchestras of the RAI as a guest conductor.

In addition he conducted for the orchestras of La Fenice in Venice, the Theatre Massimo in Palermo, the Accademy of S. Cecilia in Rome, the Municipal Theatre G. Verdi in Trieste, the Theatre Municipal Piccinni of Bari.

Some of his works have received national and international awards, winning rewards at the Musical City of Trieste with “Tre Invenzioni for piano and orchestra” (1951), with “Introduzione, Aria e Rondò” (1953) and a “signal of the Jury” for “Movimento sinfonico” (1971) and the Queen Elizabeth Music Competition of Belgium with “Concerto per orchestra” (1965).

As composer he has to his credit, in addition to those mentioned above, several chamber works for small orchestra, for violin, violin and piano and symphonic music as well as about 200 musical pieces used in films and documentaries.

Died in Rome on 09.11.1981, where he is buried at “Prima Porte Cemetery” next to his beloved wife the violinist Iole Rondini. 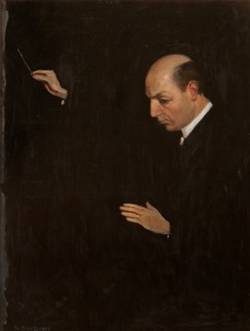 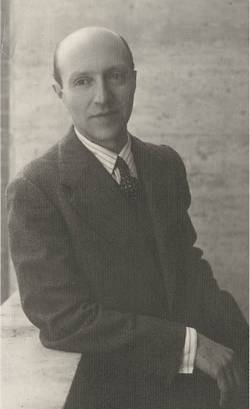